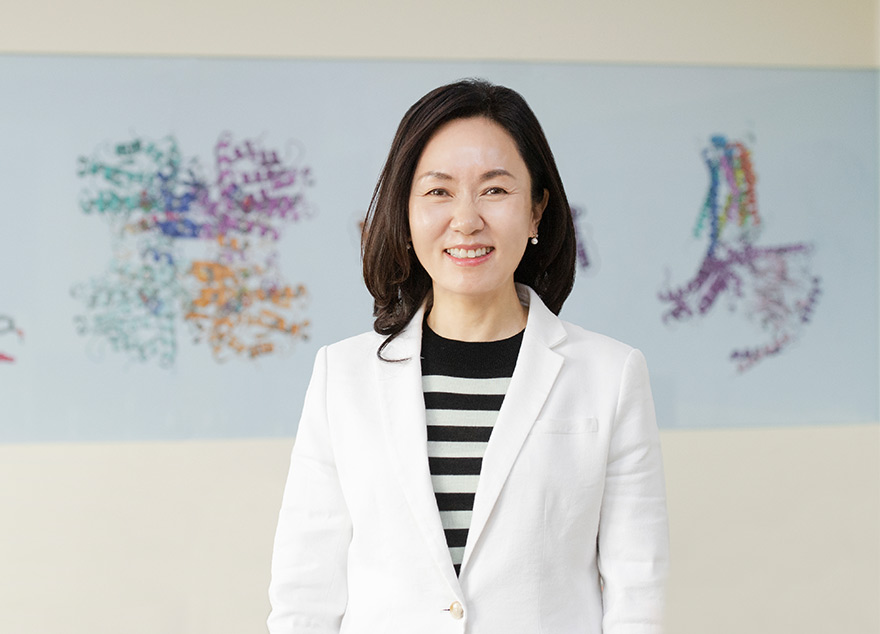 Published in the world's top academic journal, 'Cell Metabolism', and selected for an excellence.

Sun Choi, a professor at the college of pharmacy at Ewha Womans University, recently published a collaborative work, ‘Transmembrane 4 L Six Family Member 5 Senses Arginine for mTORC1 Signaling’, in ‘Cell Metabolism’(IF 22.415). The research was based on molecular modeling using supercomputers.

The research team focused on inhibiting the arginine translocation into the cytoplasm rather than decomposing arginine, which has limitations such as resistance issue, etc. The research discovered that TM4SF5, a transmembrane protein, moves between cell and lysosome membranes based on the levels of arginine of outer liver cancer cell and inner lysosome, and activates S6K1, an important signaling factor for protein synthesis in lysosome. Thus, TM4SF5 was proposed as a physiological arginine sensor inside the lysosome. In particular, the researchers discovered that the use of TM4SF5 inhibitory compound (TSAHC) can inhibit the binding of TM4SF5 and arginine which further impedes the proliferation of liver cancer cells by interfering with protein synthesis signalings.

"This study is significant as it suggests a target for liver cancer treatment as well as a clue for drug development through a novel technology that detects an amino acid essential for liver cancer cell survival and inhibits the translocation of the amino acid," said the research team.

Professor Sun Choi has conducted innovative researches, introducing biophysical methods using molecular modeling and multi-scale simulations into the field of medicine, utilizing three-dimensional structures and dynamics of target proteins and multi-scale simulation, and developing inhibitors based on reaction mechanism studies. She has published more than 100 papers in SCI indexed journals and applied for numerous domestic and foreign patents as well as transferred technologies to the drug development industry. She works on follow-up researches using big-data and artificial intelligence (AI) as the head of the 'Global AI Drug Discovery Center,' which was recently established at Ewha Womans University.